Two years ago we decided to focus our entire R&D spending on designing the most durable High Bays in the market. The decision behind our focus on durability came as feedback from our Installation team and Energy Analysis team. After providing 100’s of large installations and calculations of Pay-back, we found that the cost of replacing failing High Bays far outweighs the cost of the fittings themselves. This led to a long R&D effort:

Firstly, we had a team focusing on Quality Assurance. The team leader had been Heading up quality assurance for Apple and started to implement the same rigorous Quality assurance measures.

The lifespan of the fittings are primarily determined by the LED Driver and the LED chips and most of our focuses were on these parts. First, we implemented rigorous testing of the Drivers before assembly in order to catch any small variations in the function of the drivers. Most producers rely on the driver manufacturers Quality Assurance, but we found that we could actually catch some minor variations that had been overlooked by the driver manufacturers. After production, we implemented a 48 hour testing of the fittings which includes driver testing, testing under running water and age testing.

Secondly, we increased the amount of led chips used on the high bays. Normally a 150w high bay will have 210 led chips and the LED chip manufacturers guarantee that 80% of these will function after 50,000 hours. We have increased this number of LED chips to 336 chips, giving less load on each chip, which means that we will still have 90% output after 50,000 hours (5 years) and 80% output after 100,000 hours (10 years).

The sudden increased rejections by 8% put a strain on our operations and the use of more led chips led to a cost increase of 11.5%. However the end result is that we have had ZERO LED High Bays failing in the past two years, which saves our operations a lot of time and more than compensates for the increased production cost. 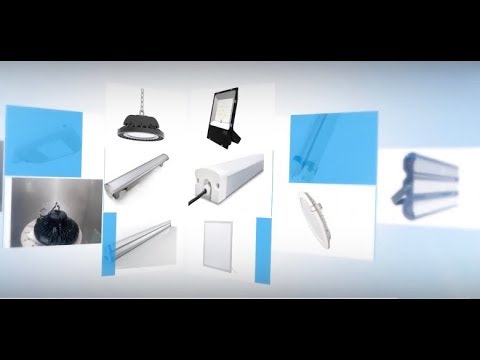